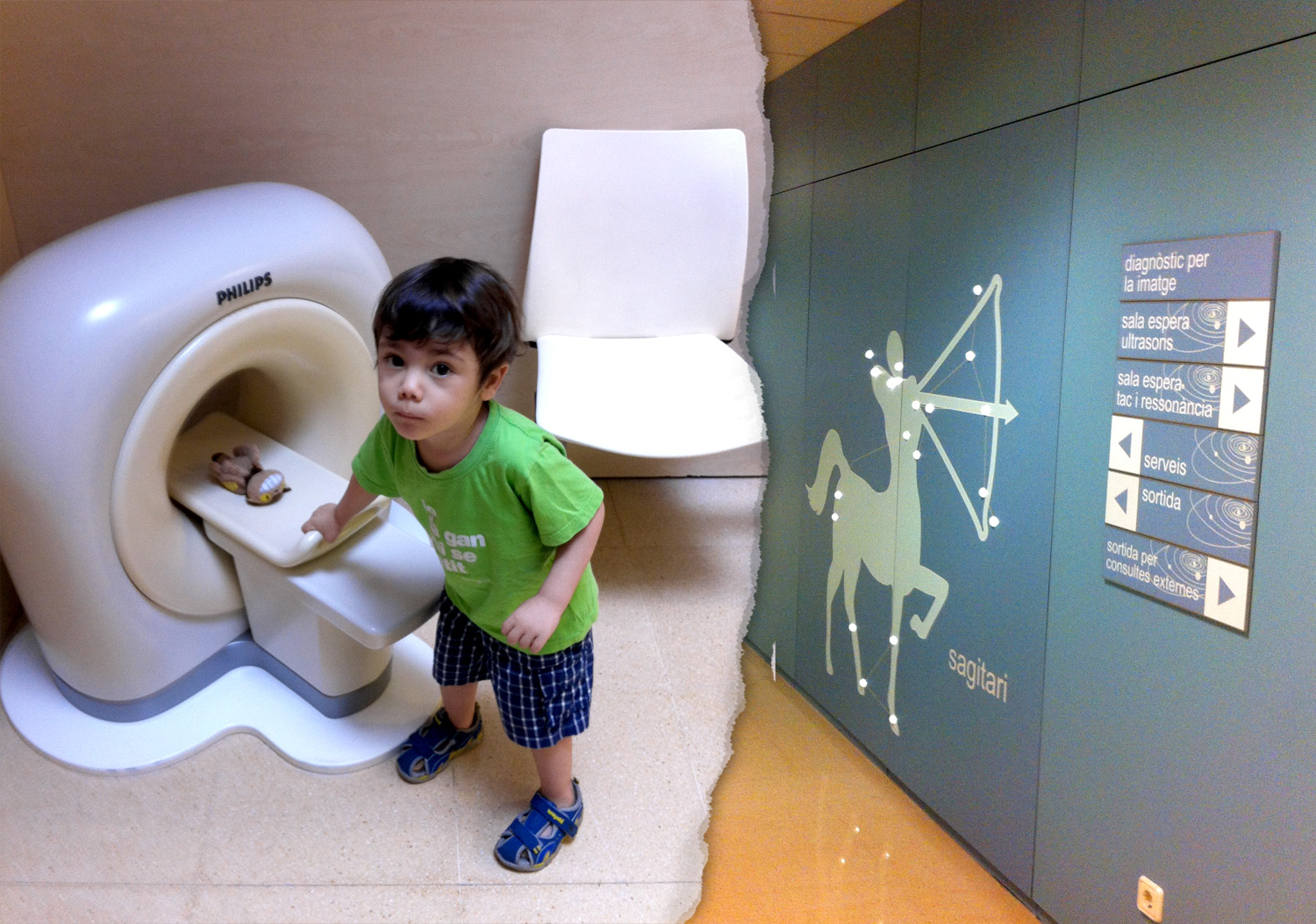 Apart from chronic transfusions, Bernat should continue periodic checks regarding possible changes that could cause sickness and more transfusions. For example, at the end of July, we mentioned an MRI, but since then, he has needed other check ups done on the heart, the liver, the sight, and the hearing.

This is all because of his own sickness that disrupts the metabolism and the chronic transfusions that make it worse. The lack of oxygen in his blood causes chronic anemia, as well as muscular hypotonia (a muscular weakness). At the same time, it also causes the heart to beat faster than normal in order to distribute oxygen. Those are two examples of how things that appear to be different, are actually linked.

Returning to the main idea that magnetic resonance controls the levels of iron in the organism. Through these resonances we are able to identify if an overload of iron exists and how severe it is.

Pyruvate kinase deficiency causes many problems, one of which is splenomegaly (an enlargement of the spleen). In addition to the constant transfusions Bernat receives, there is an overload of ferritin (iron) that is released in the body. This may seem odd for many people, because most people think that anemia is the lack of iron in the metabolism, but that is not always the case. Anemia by definition is the lack of clean red blood cells in the blood that could be derived from many circumstances….0

In Bernat’s case, the bone marrow produces defective red blood cells that quickly self destruct. To counteract the subsequent deficit of red blood cells, the body absorbs more iron. These levels of ferritin, an iron-binding enzyme, are controlled by continuous transfusions. Dangerous levels of ferritin in some organs, like the liver, must be eliminated. This process is called chelation, and Bernat needs to take daily medication specific to iron chelation therapy.

From the results of the latest MRI, we were hopeful because the level of iron in Bernat’s blood had gone down a lot since the most recent test. Previously, his iron levels were 14, when the average iron level of an adult fluctuates between 3 to 5. The latest MRI showed that it had gone down to 5, a level which is still high, but shows that his chelation therapy was effective.